You are here: Home / In Memorial

When I am called to duty, God, wherever flames may rage;
Give me the strength to save some life, whatever be it’s age.
Help me embrace a little child before it is to late;
Or save an older person from the horrors of that fate.
Enable me to be alert, and hear the weakest shout,
and quickly and efficiently To put the fire out.
I want to fill my calling and to give the best in me;
To guard my every neighbor and protect their property.
And if according to Your will I have to lose my life,
Please bless with your protecting hand,
My children and my wife….

It is with a sad heart that the Merion Fire Company of Ardmore, announces the sudden passing of Thomas Hays. Tom joined our family in 1999 and became a vital member from the beginning. His knowledge of computers and electronics made him the company’s technology leader.

Tom became an outstanding driver and operator of the company’s apparatus and served as Treasurer of the Active Members Club. He would regularly fill in any open shifts and would give of his time during the holiday season so our paid men could spend time at home with their families. Year in and year out, Tom was always in the top five in drills and fire calls. Tom spent a short time in Ardmore, but has left us a lifetime of memories. Rest In Peace our brother and may God watch over your family. 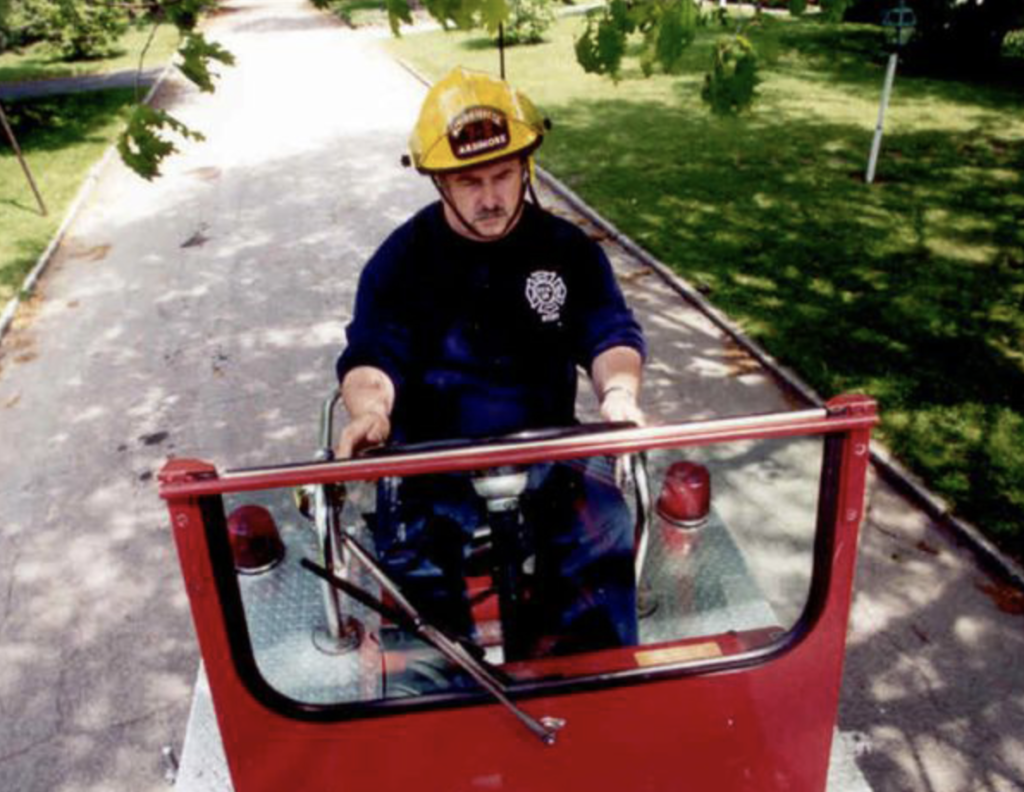 Firefighter Philip R. Cirrito, 47, suffered an apparant heart attack and died while on duty at the Merion Fire Company of Ardmore, PA, in the early morning hours of June 9, 1999.
Firefighter Cirrito’s death came towards the end of his regular 24-hour tour of duty during which – in addition to his regular duties of maintaining apparatus, equipment and facilities – he also responded as a driver/operator of an engine company to two structural fires.

These alarms occured during the afternoon of an extremely hot day on which temperatures reached the mid-90’s, the hottest June 9 on record in the Philadelphia area.

Mr. Cirrito had served as a volunteer and career firefighter for over 25 years with the Merion department, and his professional and personal commitment was exemplary. 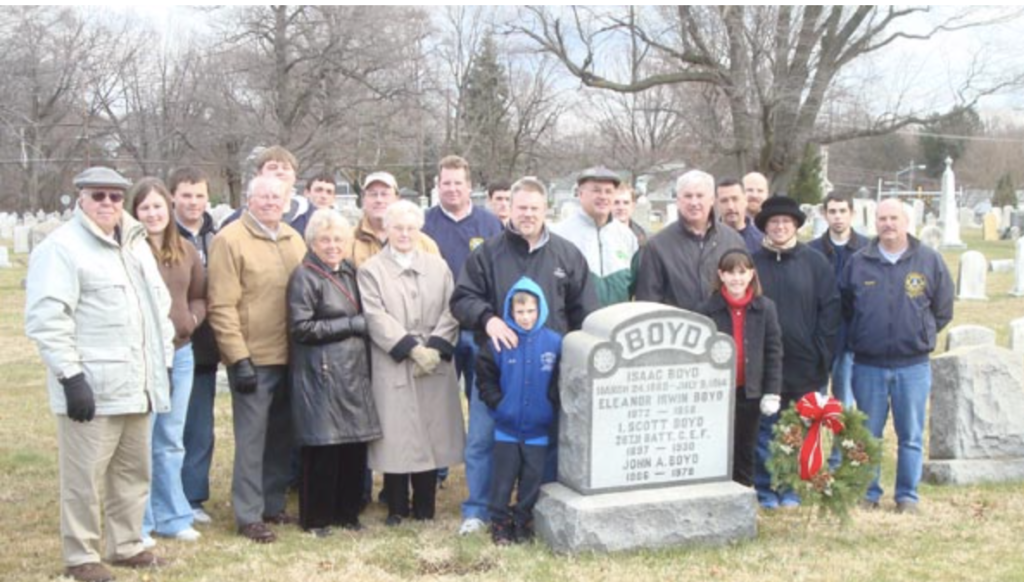 On December 30, 1930 Merion Fire Company Firefighter Isaac Boyd was killed in the line of duty when the fire engine he was driving crashed enroute to a house fire started by wiring on a Christmas tree. Members of MFCA and Boyds family members, placed a wreath on his grave like they have for many years now.