On June 29, 2021, at 8:55 PM, the Merion Fire Company of Ardmore and Gladwyne Fire Companies were dispatched to a vehicle fire at Rose Lane and Avonwood Road in the Haverford section of Lower Merion Township.  It was later reported to be a Tesla on fire on the 100 block of Rose Lane.  Police arrived first and confirmed a fully involved vehicle on fire.  Due to the amount of fire and type of vehicle involved, the incident commander requested additional apparatus dispatched to the location from both the Merion Fire Company of Ardmore and the Gladwyne Fire Company.  Due to the heat and humidity, an ambulance, as well as the Rehab Unit from Narberth Ambulance, were also requested to respond.

Tesla is an electric vehicle with the entire floor pan full of over 7,000 batteries that energize the vehicle.  Special precautions were taken to extinguish the fire.  Two supply lines were laid, and firefighters used two 1 ¾” handlines, and copious amounts of water were poured on the vehicle for over 2 hours in order to extinguish the fire and render the scene safe.

In accordance with the Tesla First Responder Guide, the First Responder cut loop was cut in two separate sections utilizing insulated wire cutters.  Due to possible reignition issues because of the energized batteries, the vehicle was towed to the Lower Merion Township Public Works Koegel complex followed by an Engine so it could be safely stored in an open area, in case of possible reignition.  Lower Merion Police Department also perform extra patrols of the area where the vehicle was being stored overnight.

At this time the cause of the fire is undetermined, and the investigation remains open.

Any inquiries should be sent to Lower Merion Fire Chief, Charles McGarvey, at 610-645-6195 or at cmcgarvey@lowermerion.org 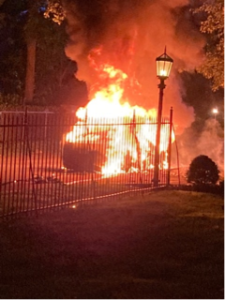 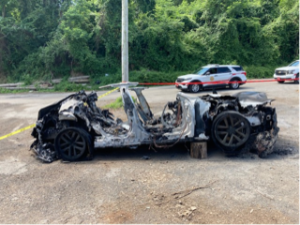 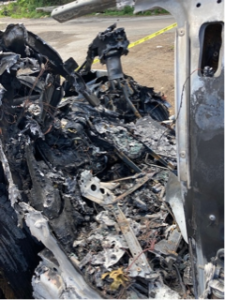 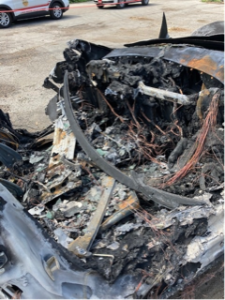 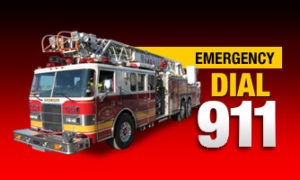